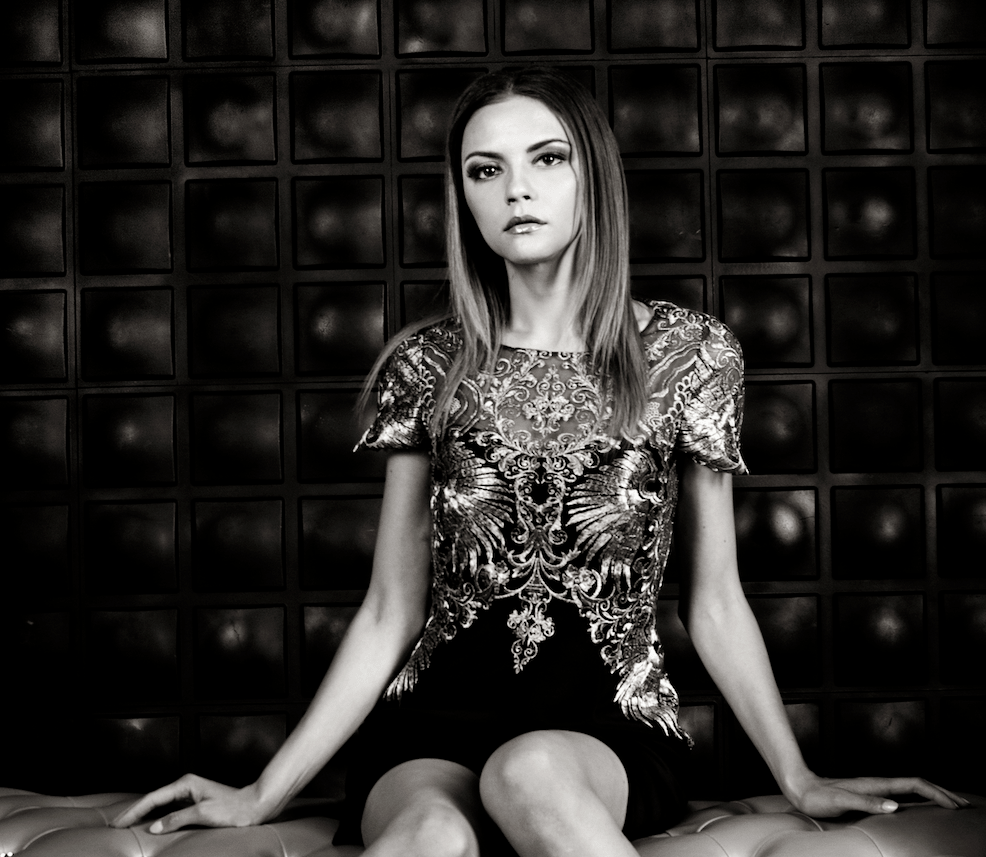 In 2010, the Maryland native ditched medical school to travel west to pursue her childhood dream. What she found instead was her place in American history.
By Aziz M. Bey November 10, 2019

Daughter of a fighter! Driven by doubt! The Amazing True Story of Anya Oleynik…

Anya Oleynik is the founder and proprietor of the Craft Music app.  This ingenious app offers musicians, visual artists, and businesses an easy way to collaborate and sell items in a peer to peer marketplace.

The app helps musicians and artists earn more money for their work while helping businesses use their ad dollars more effectively by commissioning artists and musicians for creative campaigns.  Anya, a tough-minded and gritty entrepreneur, is determined to see Craft Music flourish into a household name.  Incredulous?  Then read on to understand the roots in which Anya was conceived.

Anya was born in the historic city of Kiev, Ukraine, formerly the Soviet Union.

On April 26, 1986, a nuclear power plant exploded just 94 miles north of Kiev. The blast released vast amounts of radiation into the atmosphere causing 300,000 people to be displaced from their homes.

Chernobyl, as it is now famously known, is considered to be the worst nuclear disaster in history.  The death total is estimated to be anywhere from 4,000 to 93,000 creating a cataclysmic social and economic impact.  Cancer amongst children spiked and animals were born with physical deformities.

Thousands of families fled to Europe and The United States to seek refuge from this radioactive catastrophe.  One family, in particular, would stop at nothing, until they’ve made it to America.

Anya’s family spent several years traveling through Europe before finally getting their opportunity to come to America, settling in a small suburban town on the east side of Gaithersburg, Maryland, which would be Anya’s new home.

“I found out where the events would be and I just went; became friends with the artists and started hanging out backstage”

Anya’s family spent several years traveling through Europe before finally getting their opportunity to come to America.  In a small suburban town with only 59,000 residents, Anya’s family would settle on the east side of Gaithersburg, Maryland. Gaithersburg would now be Anya’s new home.

At the age of five, Anya’s parents divorced, leaving her mom alone to raise two small girls.  Anya’s mother received her master’s degree in mechanical engineering from an elite Russian institution.  Unfortunately, it did little to help her gain meaningful employment in the United States. After all, the language of the land was English and Anya’s mother was not yet fluent.

Dyer circumstances would derail most individuals, but not Ukrainians.  Anya’s mother fought her way up the economic ladder and provided for her children.  She believed in sharing and helping others, even if she had to surrender her last dollar.   It was this jovial spirit that Anya’s mother instilled in Anya: to work hard, to never give up, and to help others in need.

In May 2006, Anya graduated High School and received a scholarship to The George Washington University.  While in undergrad, Anya put aside her fashion design dreams to focus on becoming a medical doctor.   With ambitions to attend an IVY league postgraduate medical program, Anya shut down all social activities.  As the case with all elite schools, a perfect G.P.A, and MCAT score isn’t enough to guarantee admission.

While many people settle for less than what they deserve, Anya took a different approach.  Since the age of 6, she loved to draw and paint.  Art is where she found comfort and tranquility.  So now, for the first time, Anya followed her heart and enrolled at The Fashion Institute of Design & Merchandising in Los Angeles.  Anya’s new residence would now be a studio apartment, 2,600 miles from Gaithersburg, Maryland.

Thrust into the bright lights of Hollywood and a Mediterranean climate, Anya would frequent LIVE concerts and events where she discovered new genre delights, like EDM and rock, which were very different from the old school hip hop she grew up on. 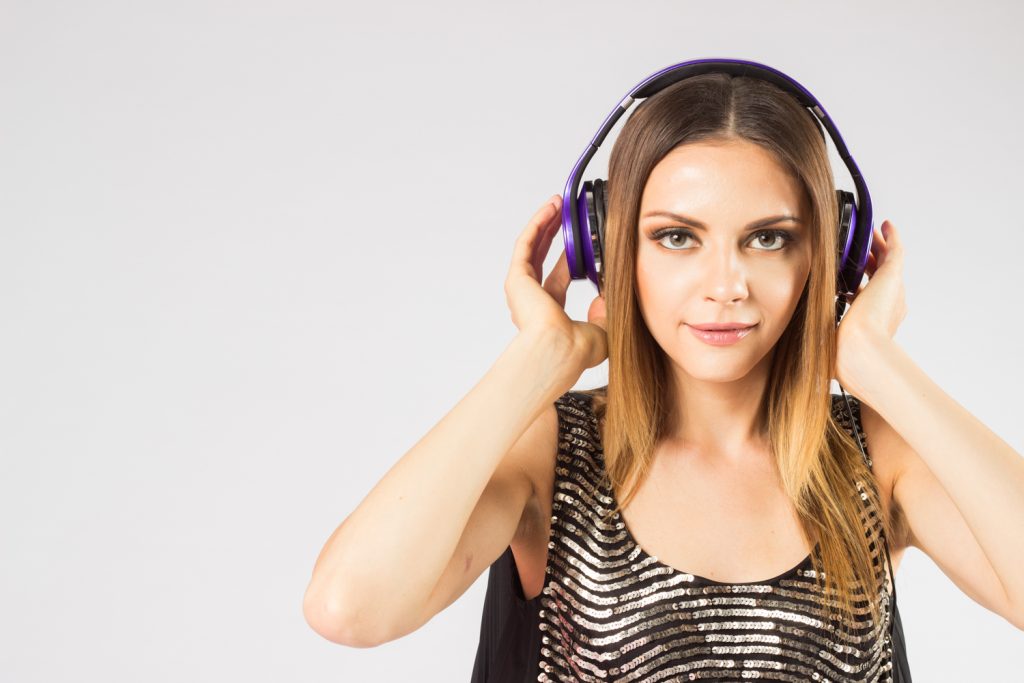 Anya was diagnosed with a heart condition, Arrhythmogenic Right Ventricular Dysplasia (ARVD), that changed the trajectory of her life forever.

After working for a few years and attending art and music events on weekends, Anya was diagnosed with a heart condition, Arrhythmogenic Right Ventricular Dysplasia (ARVD), that changed the trajectory of her life forever.  Discovered while running, Anya passed out on three separate occasions.  With ten years of training and six marathon competitions completed, Anya would have to retire from the sport she loved.  She underwent four surgeries related to her heart condition – two in 2013 and two in 2016.

It was during this time, that Anya, her Doctors, and her family agreed it was best for Anya to move back home to Maryland, where the unprecedented idea for the Craft Music app was only moments from being discovered.

“I started playing around with a music recording app my friend was using.”  The app had an excellent community base, but Anya saw plenty of room for enhancements.

“I saw things that could be improved. I could use my visual arts background to help artists on the visual side. That’s what inspired the idea for Craft Music.”

In September 2017, Anya enrolled in Business School at The University of Maryland. There’s no exaggerating how important failure and setbacks are on the road to dynamic success.  Already a gifted academic, Anya focused on building Craft Music while completing her M.B.A requirements.

Anya pointed out several problem areas in the market.  Businesses spend $333 billion on global advertising, yet only 25% of ads reach their targeted users. — Nearly half of all consumers block or skip ads online. A second problem was ‘bots,’ not real people, making up 38% of all internet traffic.  Craft Music’s anti-bot technology circumvents up to 90% of online traffic fraud.  Businesses can collaborate with artists and musicians to make engaging content to promote their business.

Anya Oleynik, who’s fluent in both Russian and French, doesn’t complain or have any regrets.  She does lament, however, wishing she’d spent less time worrying about medical school, and more time learning to code during undergrad.

Building a new business is akin to raising a newborn baby. It’s a  24/7 commitment.  There are no side hustles.  No day jobs. No vacations. No days off.  Most importantly, no one knows, not even seasoned investors, which business will have the desired exit.  This is why it’s always best to invest in the actual horse, over a beautiful ‘pitch-deck‘.  The Craft Music app is set to launch beta testing in November of 2019.  We know which horse we’re betting on, do you?

“I saw things that could be improved. I could use my visual arts background to help artists on the visual side. That’s what inspired the idea for Craft Music.”

Daughter of a fighter! Driven by doubt! The Amazing True Story of Anya Oleynik…

“A painter paints pictures on canvas. But musicians paint their pictures on silence.” - Leopold Stokowski . . . . . Artwork 🎨 🖌 by @jonathan.canamar Music 🎶 🎵 by @xtralyf . . . Craft Music is a new app launching this summer where visual artists, musicians, and brands can collaborate and sell items ✨